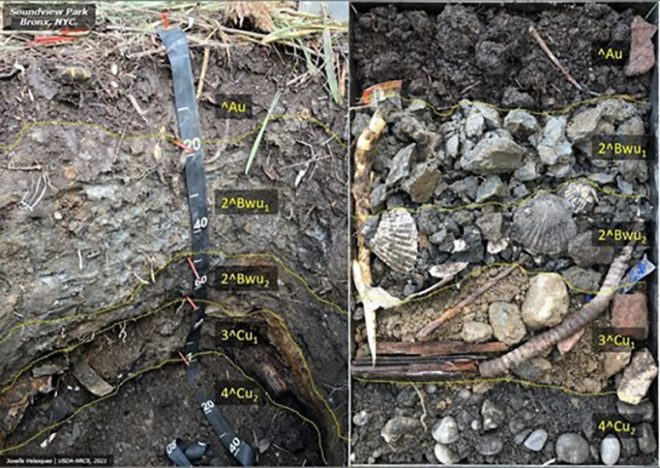 Human activity in cities alters the biodiversity of insects, plants, and animals – frequently lowering the biodiversity and replacing native species with introduced species. Changes in urban biodiversity impact the health and resilience of urban ecosystems. Urban soil microorganisms contribute to important ecosystem services, such as biogeochemical cycling, decomposition, and plant growth promotion. We and others have found that the biodiversity of soil microorganisms increases in urban soils that have been heavily impacted by human activity. This holds true for the soils present in NYC green infrastructure sites such as green roofs, tree pits and bioswales. We hypothesize that human activity increases the number of microenvironments, or tiny niches, within the urban soils, and these niches support a diverse community of microorganisms. To test this hypothesis, this BUEE project will extend beyond our initial work to include a wider range of urban soil types and expand our analyses to include fungi and cyanobacteria. We will collect and analyze soil microbiome DNA samples from multiple sites across NYC, and to employ newly developed PCR primer sets that target a wider range of microorganisms. We expect that results from this project will contribute to a better understanding of urban soil microbiome diversity and resiliency. These findings could provide urban planners with insight on how green infrastructure soils can be managed to maximize their ecosystem services.